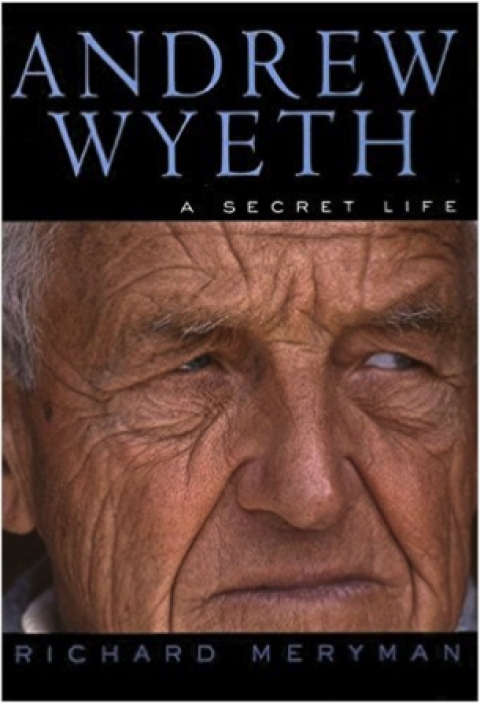 If you are looking for a juicy read I recommend you select Richard Meryman’s “Andrew Wyeth – A Secret Life”.

Richard Merryman has interviewed many luminaries including Marilyn Monroe two days before her death.

He worked on this book for 30 years, which is amazing because Andrew Wyeth was so private!  Merryman portrays all the Wyeths and their interesting artistic talents.  You become acquainted with the interesting Wyeth family tree.  He begins with NC Wyeth who was a loving and controlling father who had an impact on all the four children.

Andrew led a secret life that included his emotional, physical, and artistic arenas.  He was a talented youngster who was trained by his father, which led early success in his twenties.

The book depicts his successful artwork, his intricate marriage and his private models, whose identies were secret over many years.

He had a turbulent career, but the public always loved his artwork even when modern artists and critics became disdainful of Wyeth’s work in the 60’s and 70’s.  The book explains how Wyeth’s work related to the abstract expressionists.

In Andrew Wyeth’s own words:

I am an illustrator of my own life.
The painting is a living object… and I live within the picture.
Imagination feasts on the hidden.

There are many hidden treats in this book.  You will never look at painting again in the same way.  Happy Reading!