The Muralist by B. J. Shapiro 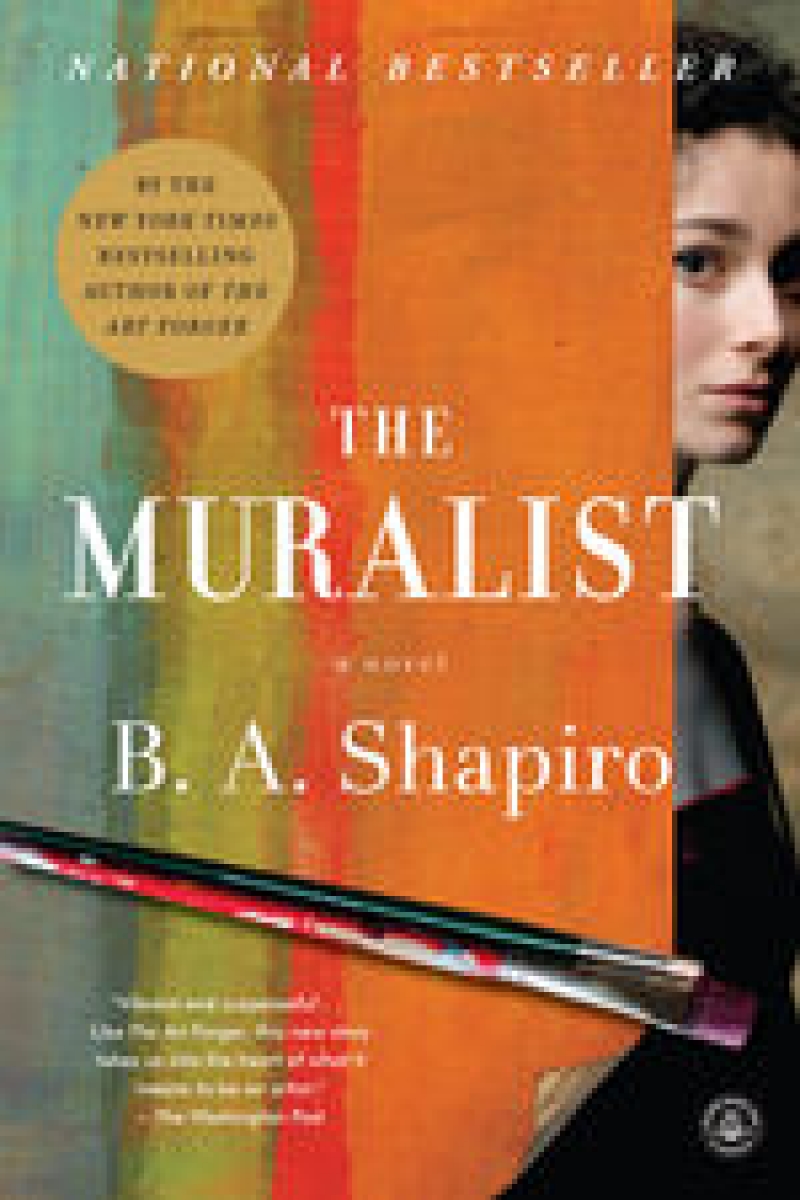 The Muralist is set against the sweeping political backdrop of America's emergence from the Great Depression and Germany's anti-Semitism and WWII jack-booting. The book's central character, Alizée Benoit, is a young Jewish American artist painting murals for the Works Progress Administration (WPA.) She enters the circle of formidable young New York artists including Jackson Pollock, Lee Krasner and Mark Rothko. By day they dutifully paint representational murals for the WPA. At night they drink, debate, argue and struggle with their feelings and emerging statements of art. Alizée begins to paint her feelings, increasingly colored by politics and the dire conditions in Europe, in a new, excitingly abstract way and encourages the others to do likewise.

As news from her Jewish family describes their worsening plight and increasing panic to get out of German occupied France, Alizée explores all avenues to help them immigrate to the United States. A chance encounter with Eleanor Roosevelt presents two potential opportunities for Alizée. Might the First Lady be able to facilitate the immigration of her family? And, could her support open the eyes of critics and the public to new, non-representational art?

American, pre-WWII politics surrounding the granting of visas to Jewish refugees thwarts Alizée's ongoing struggle to bring her family to safety. With Mrs. Roosevelt's support, the WPA finally gives Alizee a commission to paint a large abstract mural. On the eve of its unveiling, Alizée and her mural suddenly disappear.

Seventy years later, her great-niece, Danielle Abrams, is given an assignment by her manager at Christies to "prove" that a small abstract canvas is the work of Rothko. She believes it is actually the work of her great aunt. Fueled by vague family reminiscences and obsessed with the two existing paintings by Alizée, which are in the possession of her family, Danielle searches to uncover why Alizée disappeared, where she went, and to find more of Alizée's paintings.

Moving between past and present, B.A. Shapiro masterfully weaves fictional characters (Alizée and Danielle) between historical figures, actual events, geopolitical turmoil and the birth of the Abstract Expressionist movement. We are compelled to ask: Do certain periods of time bring together forces that change the world? Is Alizée the missing link for the Abstract Expressionist movement? Can great art change the world?
This book has many layers that one can explore. Prop up your feet and get your iPad ready to Google many follow ups!

About the Author:
B.A. Shapiro is the New York Times Bestselling author of seven novels, four screenplays and one
non-fiction book. Prior to becoming a writer she taught sociology at Tufts University and
creative writing at Northwestern University. Previously, she had been a statistician and
managed a software development firm. She lives in Boston.

Submitted by Sandy Sauer, Docent at the Denver Art Museum