At the August 2018 Docent Guild Board Meeting, Bowers Museum’s Senior Director of Education introduced her idea for the “Life Cycle of a Tour.” Its goal was to be an online resource that would coordinate all aspects of touring and serve both Bowers’ education staff and docents. To ensure completion of the planned work to develop the Life Cycle, the Docent Guild’s chair established a sub-group of the Board, the Planning, Implementation and Evaluation (PIE) Group. Board/PIE Group members included docents responsible for education, standards/evaluation, weekday and weekend touring teams as well as the chair and vice-chair. The group met monthly with the Senior Director of Education and worked together as creators, writers, and evaluators. 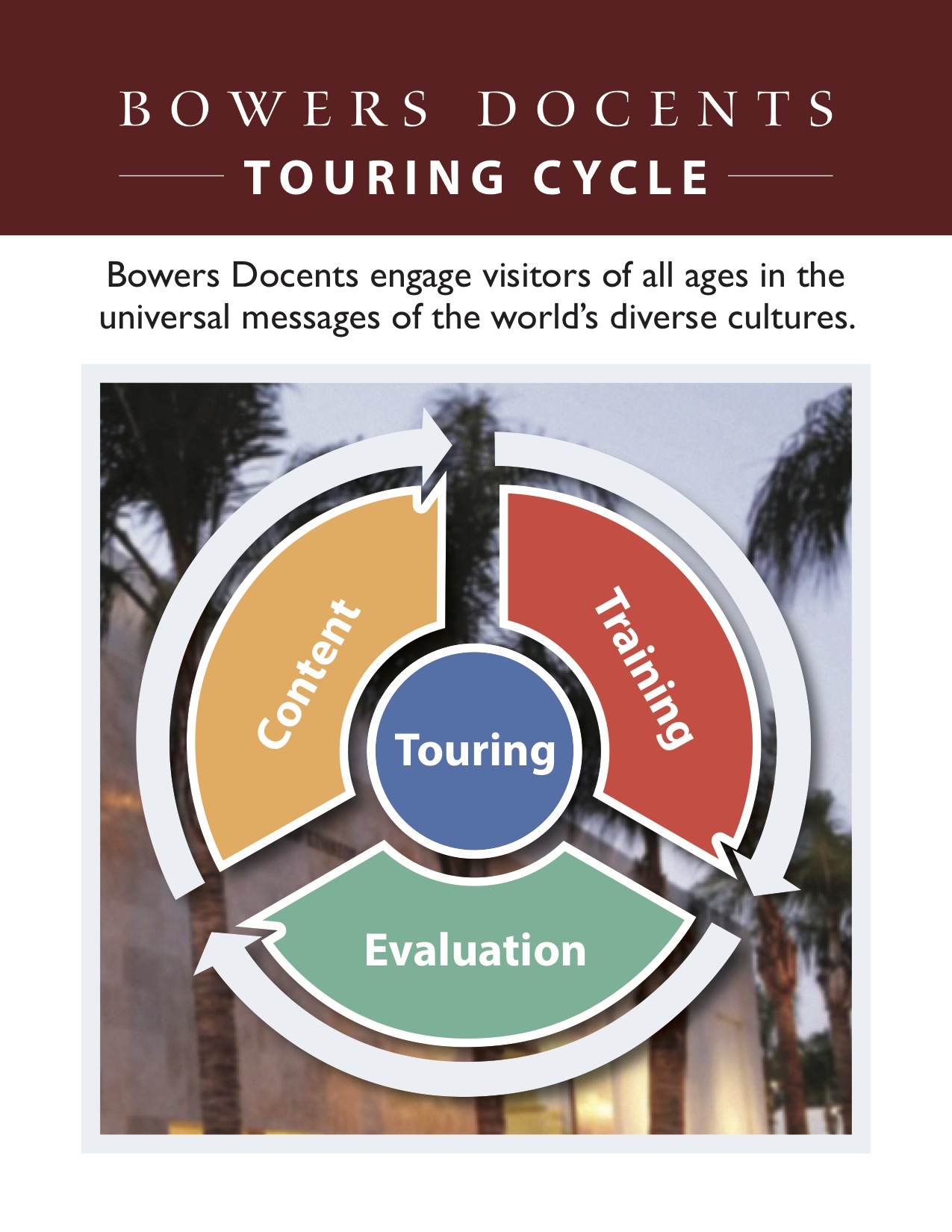 Towards the end of this process, the Senior Director of Education announced she was leaving the museum. To establish a permanent resource for the Docent Guild, the PIE Group re-envisioned our work and renamed the project the Bowers Docents Touring Cycle. Tasks assigned to the museum such as booking and marketing were dropped. The new Touring Cycle focuses on education content, training, touring and evaluation. Touring frameworks were developed for each of the museum’s permanent galleries that will ensure that docent tours are consistent, fulfill the museum’s mission and present the curatorial intent of exhibits. In addition, the Docent Guild developed a new evaluation tool that provides effective feedback to docents and assists them in continuing to build their skills.

New and current docents will be trained on the use of the frameworks and evaluation in the coming year. To build support for the new Bowers Docents Touring Cycle, the Docent Guild announced a contest to define our role as docents. The result:

“Bowers Docents engage visitors of all ages in the universal messages of the world’s diverse cultures.”

The collaboration required to develop this integrated system resulted in a close and very successful working relationship between the Docent Guild and the Education Department of Bowers Museum. The Bowers Docents Touring Cycle will empower the Docent Guild to create new tools and resources that will benefit all of our docents into the future.