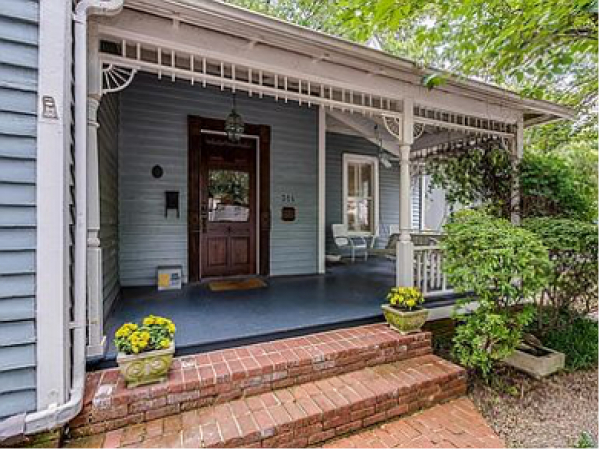 As we all experienced during Covid shutdowns, the Mint Museum of Art in Charlotte North Carolina was forced to adjust. As a Mint docent and like many in the National Docent Symposium community I witnessed firsthand the many changes that we all endured during the pandemic; tours cancelled, the museum closed, in-person docent meetings and docent field trips cancelled. We found new ways to engage, including outdoor activities and walking tours. We found great stories outside the museum walls!

Soon after the pandemic shut down our usual activities, a committee of Mint volunteers and staff explored ways to keep the public and the docents engaged. The museum world was reorganized and adapted with virtual talks, meetings, and virtual school tours.  Meanwhile, the docents worked to keep connected through research and giving virtual presentations to each other, a virtual art related book club and walking tours of outdoor murals.

My contribution was a walking tour of one historic neighborhood.  I have always had an interest in old historic homes and began to explore the rejuvenated 19th century  area in Charlotte known as the 4th Ward. I began to read everything about the Ward and discovered that the area was once home to local merchants and traders. But as time passed the Ward had fallen on bad times and had become a crime- infested eyesore. In the 1970s the local government decided the historic neighborhood was worthy of resurrection. 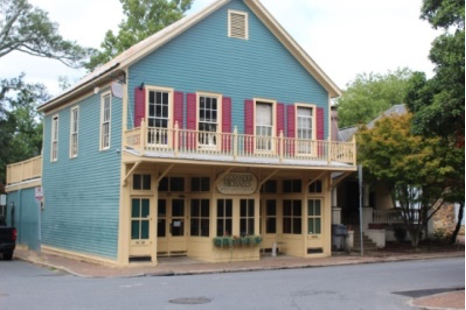 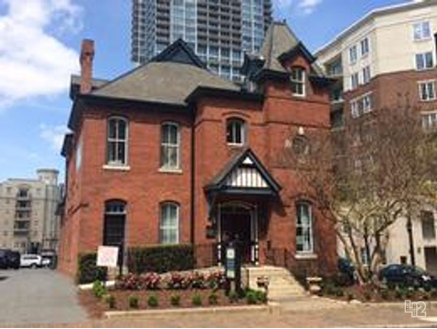 Before I designed a walking tour for Mint docents, I collected interesting details about the area.  Here is a little taste of what I was able to help our docents discover. One house was occupied by a bootlegger.  Another house was a time capsule of artifacts found behind the walls, e.g. an 1880 nickel, old shoes, and an obituary of Jefferson Davis from a local newspaper. During its heyday the 4th ward was home to several African American cooks, and a famous 1950s actor, Randolph Scott. There was a bordello, the home of an ambassador, an early pharmacy and the home of a snake oil salesman. 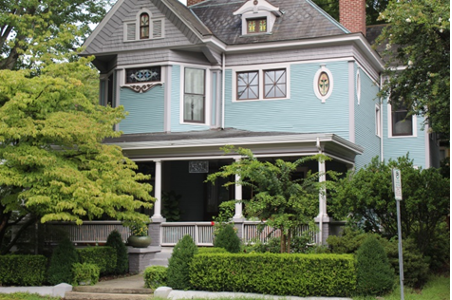 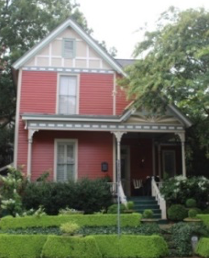 We learned to differentiate between house styles, from Queen Anne to Craftsman.  We were interested in the “shotgun house,” so-called because one could (theoretically) fire a shotgun from the front door, through rooms arranged behind each other, and out the back door . We also learned about interesting architectural features such as the “open arms” staircase, where two curved sets of stairs lead up to the front door so men, who walked up one side, could not look up the dresses of young ladies walking up the other. Intimate details of life in these homes fascinated us;  Saturday night baths with water heated on kitchen stoves, water sourced from backyard or communal wells and of course with no indoor plumbing, the outhouse.

Mint docents socialized as they got some fresh air and exercise while discovering our historic 4th ward neighborhood.   We found a new way to engage history and each other!