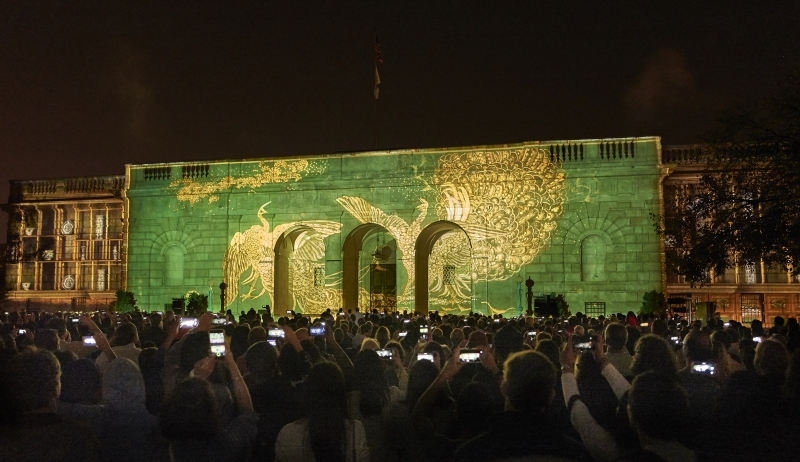 The Freer Gallery of Art, in Washington, D.C., re-opened to the public on 14 October after undergoing over 18 months of infrastructure repair. The Freer, along with the Sackler Gallery, comprise the Asian Art Museums of the Smithsonian Institution. The re-opening included a two-day "IlluminAsia" festival. It was 'all hands on deck' for the Freer|Sackler docent corps as the celebratory re-opening brought approximately 50,000 people to events both inside and outside the museum. Docents provided in-gallery interpretation, acted as 'way finders', and supervised activities for both adults and children during the weekend. Activities included an Asian night market on the National Mall, so popular that the food stalls sold out on the first day, requiring the chefs to stay up all night preparing food for the next day.

The Sackler Gallery, which closed for only 3 months, has reopened with four new temporary exhibits, including "Encountering the Buddha: Art and Practice Across Asia", "Divine Felines: Cats of Ancient Egypt", and "Resound: Ancient Bells of China.

NOTE: The Freer|Sackler Galleries will be the host institution for the 2019 National Docent Symposium.