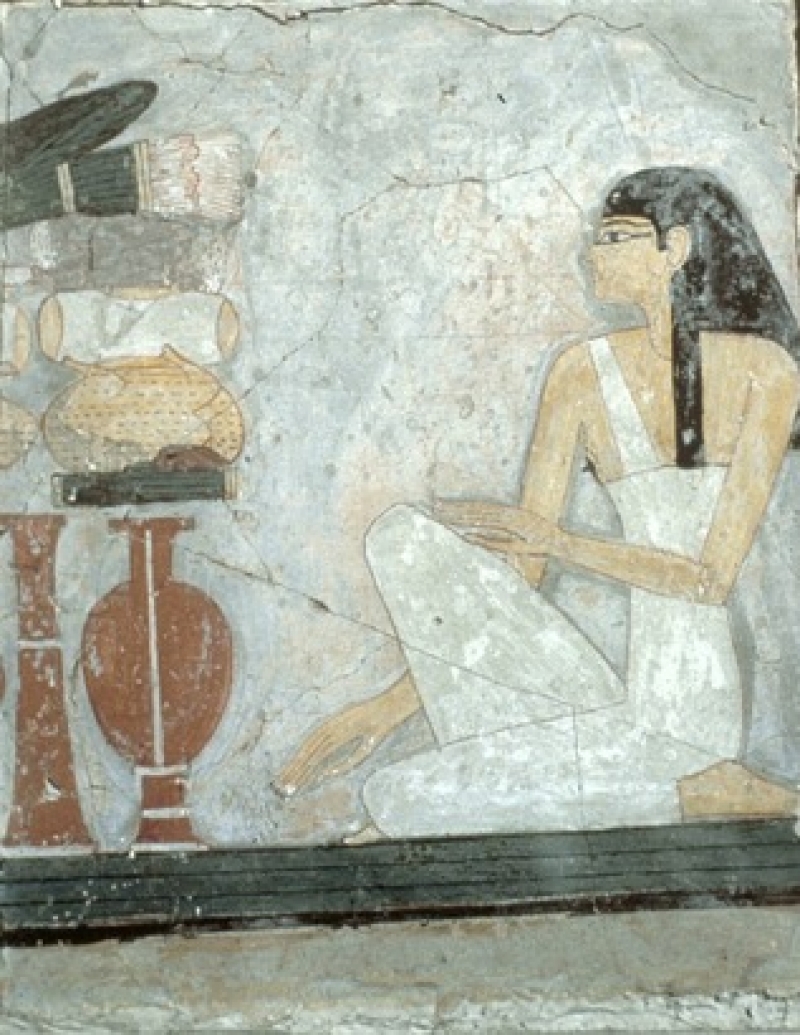 Like many art museums that serve school-age visitors, the Walters Art Museum seeks to make connections between our objects and the subjects students study in the classroom. This includes language arts, social studies, and art, but also math and science. The goals of our "Mathematical Masterpieces" tour are to help students recognize the presence and importance of math in the visual arts, understand how people in different cultures and at different times used math in creating works of art. You don't have to be a mathematician, or even very comfortable with math, to use the activities and approaches of this tour to help students – and docents – see even familiar works of art in a different way.

We introduce ratio, proportions, scale, symmetry, measuring, patterns, and geometry as math tools artists used to make their art look the way they wanted. The Walters has 55 centuries of art from all over the world, and we use art from many of these periods and cultures in this tour. For example, in our Ancient Egypt galleries, students can explore the canon of proportions and the ideas of measurement and scale when looking at this fragmentary painting from a tomb wall: 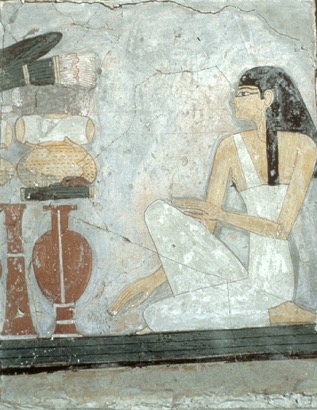 If you look closely, particularly next to the woman's mouth, you can see traces of red grid lines. Once students have found the lines, we explain how they were applied and their purpose—to create an ideal body using a grid to map out the figure to a set of proportions. We talk about how Egyptians created larger or smaller figures by changing the size of the grid. We measure each other to see how we match up to the Egyptian canon of proportions. And we talk about how the Egyptians' revolutionary concept of mathematically defined proportions and the use of grids to supersize or shrink art are techniques that are still used today.

In our Ancient Greece galleries, students see how geometry was used to create objects from the Geometric Period, such as this Amphora with Funerary Scenes from 720-710 BC: 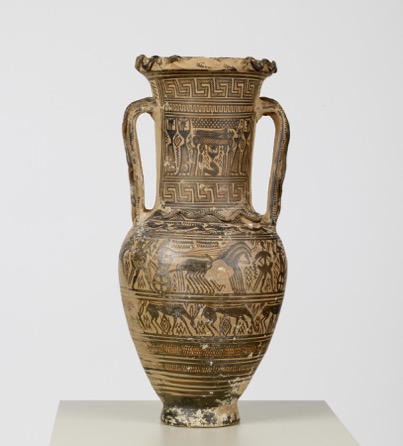 They can also think about how a later artist used geometry in this kylix on both the front: 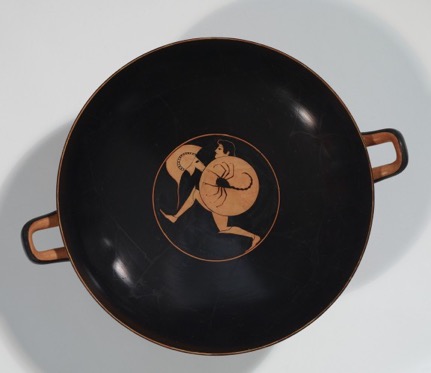 And on the back: 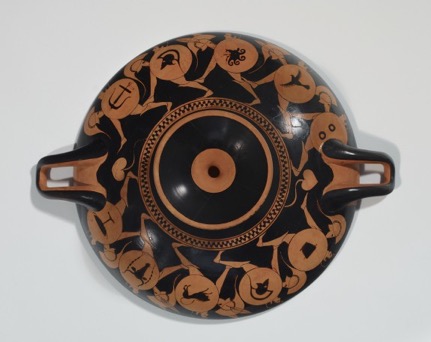 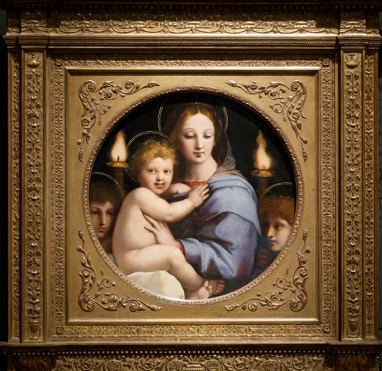 We can compare it to the use of a circle as an organizing principle in Baroque art: 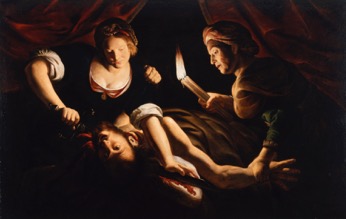 Moving to the Renaissance also introduces the idea of single-point perspective and its basis in math and science. Students appreciate the importance of creating the illusion of 3-D on a 2-D surface when we connect it to the video games they play. In our gallery of Islamic art, we compare single-point perspective to the mixed bird's-eye and frontal view on a Hajj tile. 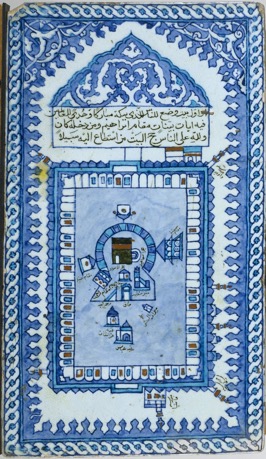 The Islamic gallery provides an opportunity to discuss geometry and symmetry 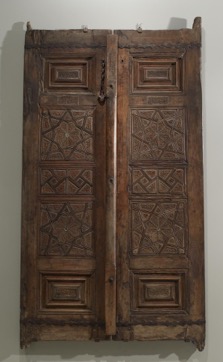 This object gives students a chance to identify more complex geometric shapes, to explore the idea of tessellation, and to think about the idea of symmetry as a way of creating a sense of unity and order. A more hands-on activity in this gallery challenges students to figure out what one additional shape would be needed to cover a wall with a star-shaped decahexagon. 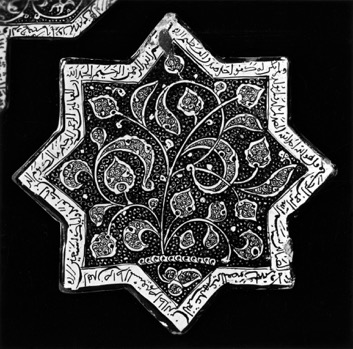 Students can visit other museum galleries including art from the late 19th and early 20th centuries to identify the math skills artists would have used in many works of art. Our math tours help connect curriculum to art. Students get to explain, question, and try out math concepts at the same time as they "re-structure" their thinking about art.