Telling the Untold Stories of a Historic Home (Summer 2019)

The Walters family had a great impact on Baltimore in the 19th century, and the 19th century had a great impact on William, Henry, and their extraordinary art collection. With the reopening in the summer of 2018 of a historic house that is part of the Walters Art Museum’s campus, docents were invited to learn, and to teach, how the known and unknown inhabitants of one historic home can present a microhistory of Baltimore during the tumultuous years in which William and Henry lived. 1 West Mt Vernon Place, a Greek-revival mansion built in 1850 for a wealthy neighbor of the Walters family, now offers visitors exciting new ways to experience the Walters’ collection in a distinctive historic home. 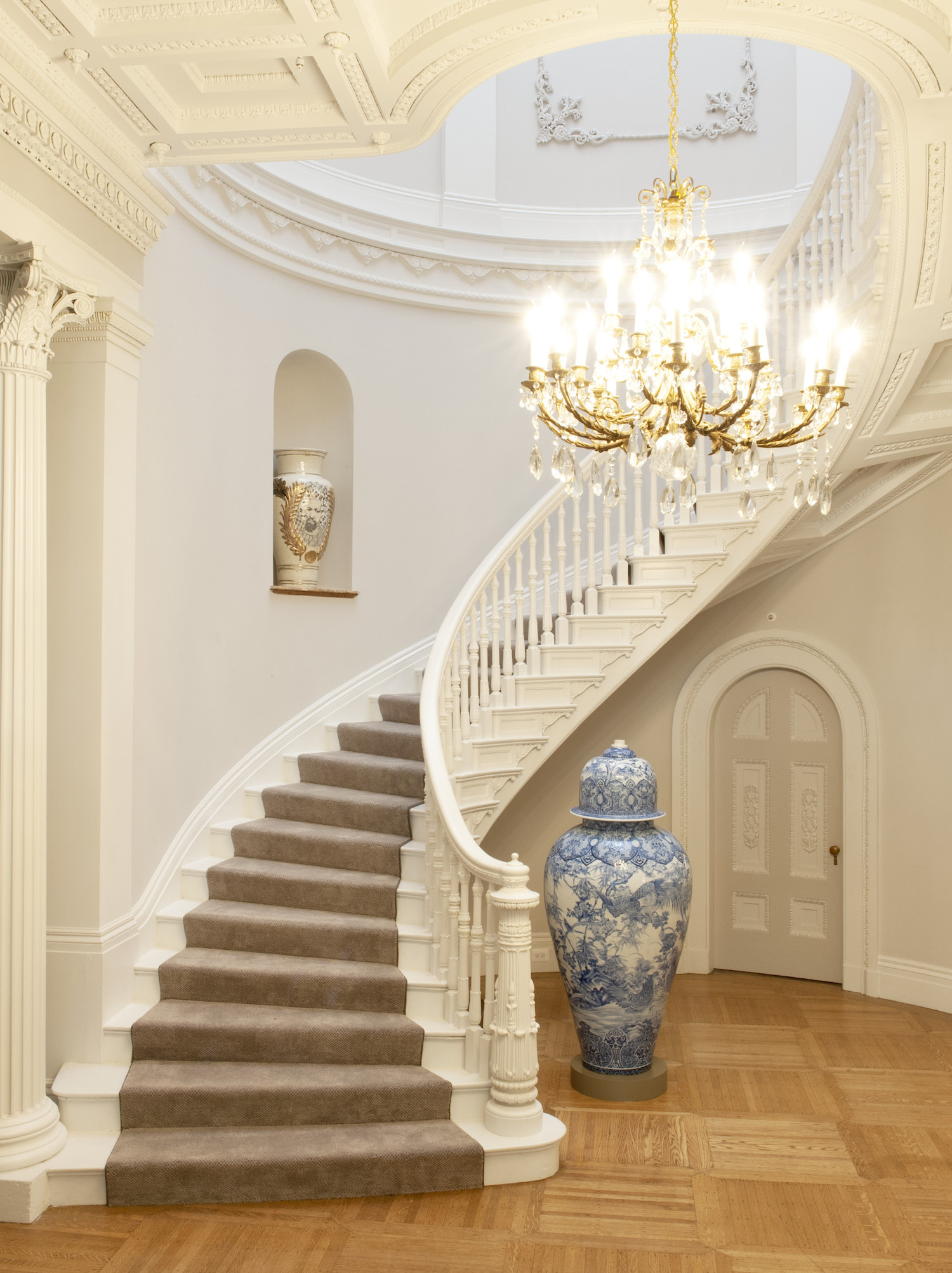 Stewardship of the historic house was awarded by Baltimore City to the Walters in 1985. In 1991, the Walters opened the house with an installation designed to evoke the home of a 19th-century collector of Asian art. In 2014, the house was closed so that the museum could upgrade the infrastructure. For nearly four years, as research and restoration work progressed, Walters officials and curators realized that the house was a work of art in its own right. As the re-opening approached, the museum focused not only on installing art works but also on exploring the building’s history, and particularly the untold stories of the people associated with it. Uncovering information on prior inhabitants, including the enslaved and other laborers who worked in the house, and the architects and designers who built and renovated it over the years, allowed the museum to create a unique visitor experience in the home. Select museum holdings displayed are representative of American painting and decorative arts at the time that this house was built, often highlighting Maryland-born artists. At the same time, 1 West showcases new works by contemporary artists that shed light on the Museum’s historical holdings.

In preparation for giving tours of the house, docents received detailed texts that were also available to the public through an interactive app they could install on their phones or see on a museum I-Pad. Docents were also trained on how to do research in the nearby Maryland Historical Society archives. It was personally rewarding to gain in-depth knowledge of the families who occupied the home since the 1850s: their place in Baltimore society, the politics of the day, and employment of laborers. Of significant interest was the discovery of correspondence between the original owner--a Confederate sympathizer--and his enslaved cook. Since Maryland was a border state in the Civil War, Baltimore’s history reflects the division of secessionist and Union allegiances.

In our tours, we discuss the role of enslaved laborers in pre-Civil War Baltimore and how the status of an enslaved cook in 1 West Mt Vernon Place led her to read and write - including that extraordinary letter she wrote to her owner when he was imprisoned for secessionist activities. We relate how the house changed with each owner and how rooms were repurposed over the years as new tenants occupied them. We incorporate old photographs of the people and the spaces to illustrate these changes. We point out unique and elegant features such as intricate plasterwork molding, period chandeliers, a dramatic staircase with Tiffany workshop skylight, and painted plaster walls. We also share details of the roles the owners played in the life of Baltimore including social and cultural activities such as civic involvement, entertainment and war time support. And we invite visitors to experience 1 West Mt. Vernon Place anew and have their own moments of wonder in this stunning space.

Since the house re-opened in the summer of 2018, eight times more people have visited than in a similar period before the renovation and reinterpretation—a good indication of the appeal of this new approach.