A Docent in Doha

In February, when icy winds blow snow across the grey-brown landscape of New Hampshire, I pack my bags and head to Qatar for my annual month-long sojourn to visit family. 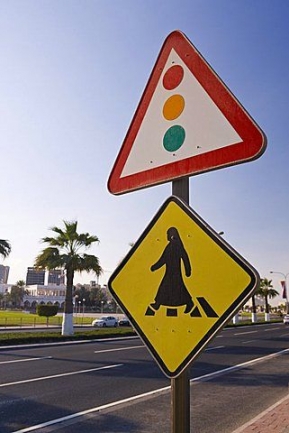 Qatar is a thumb-sized peninsular Arab country sticking out into the Persian Gulf from the eastern side of Saudi Arabia. Qatar is a multi-hued sandy, sun-warmed land of arid desert, high dunes, stony beaches and fascinating contrasts. Walking along Doha’s Corniche, a four-mile promenade on Doha Bay, you can begin amongst the futuristic skyscrapers and end up at the Souq Waqif, a busy market area of shops selling traditional garments, gold jewelry, household utensils, spices and handmade souvenirs. You’ll experience a glorious assault to your senses from the fragrances and cooking aromas wafting out of the many restaurants featuring Middle-Eastern menus and Shisha lounges. 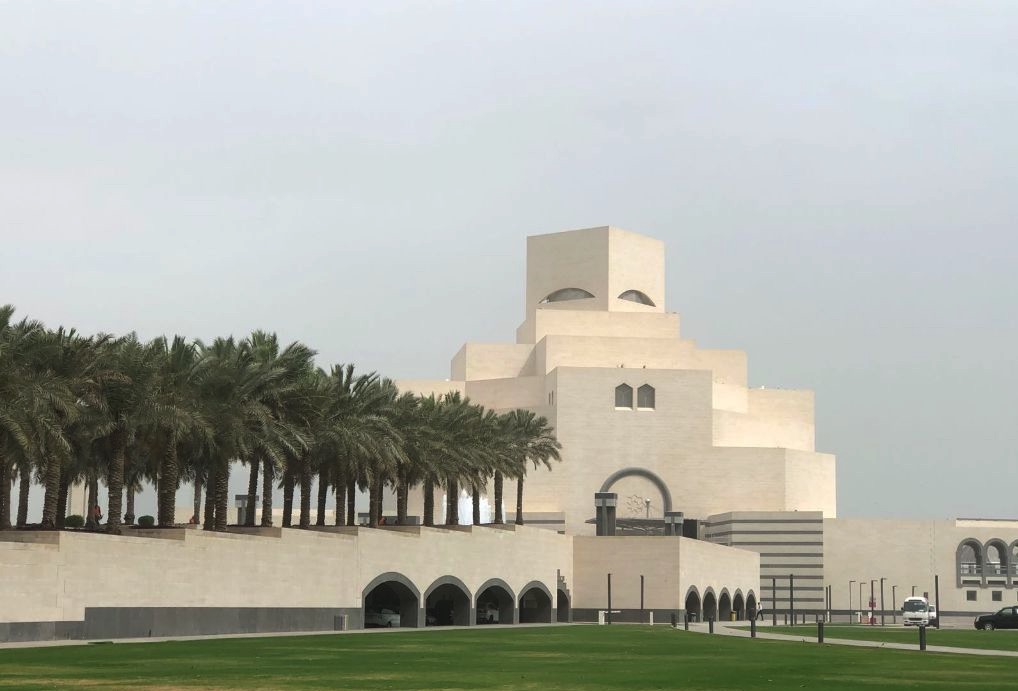 Near Souq Waqif, on an artificial island, stands the Museum of Islamic Art, one of the final works of the architect I. M. Pei. Inspired by elements of Islamic architecture, its faceted exterior planes change constantly as the sun moves through the sky. The collection focuses on the artistic achievements of the Islamic world, with gorgeous galleries devoted to architectural decoration, carpets and textiles, paintings and calligraphy, ceramics, metal, jewelry, ivory and glass. During my visits, I’m particularly drawn to the beauty of the calligraphy throughout. As I learned from one of the many excellent wall panels: “Arabic, the language of the holy Qur’an, has a special significance in Islamic art. Beautifying the word of God is considered a pious act, with calligraphers dedicating their lives to copying the Qur’an, balancing rhythmic movement of the letters with perfection of form.” According to a 10th century philosopher, calligraphy is “. . . jewelry fashioned by the hand from the pure gold of the intellect.” 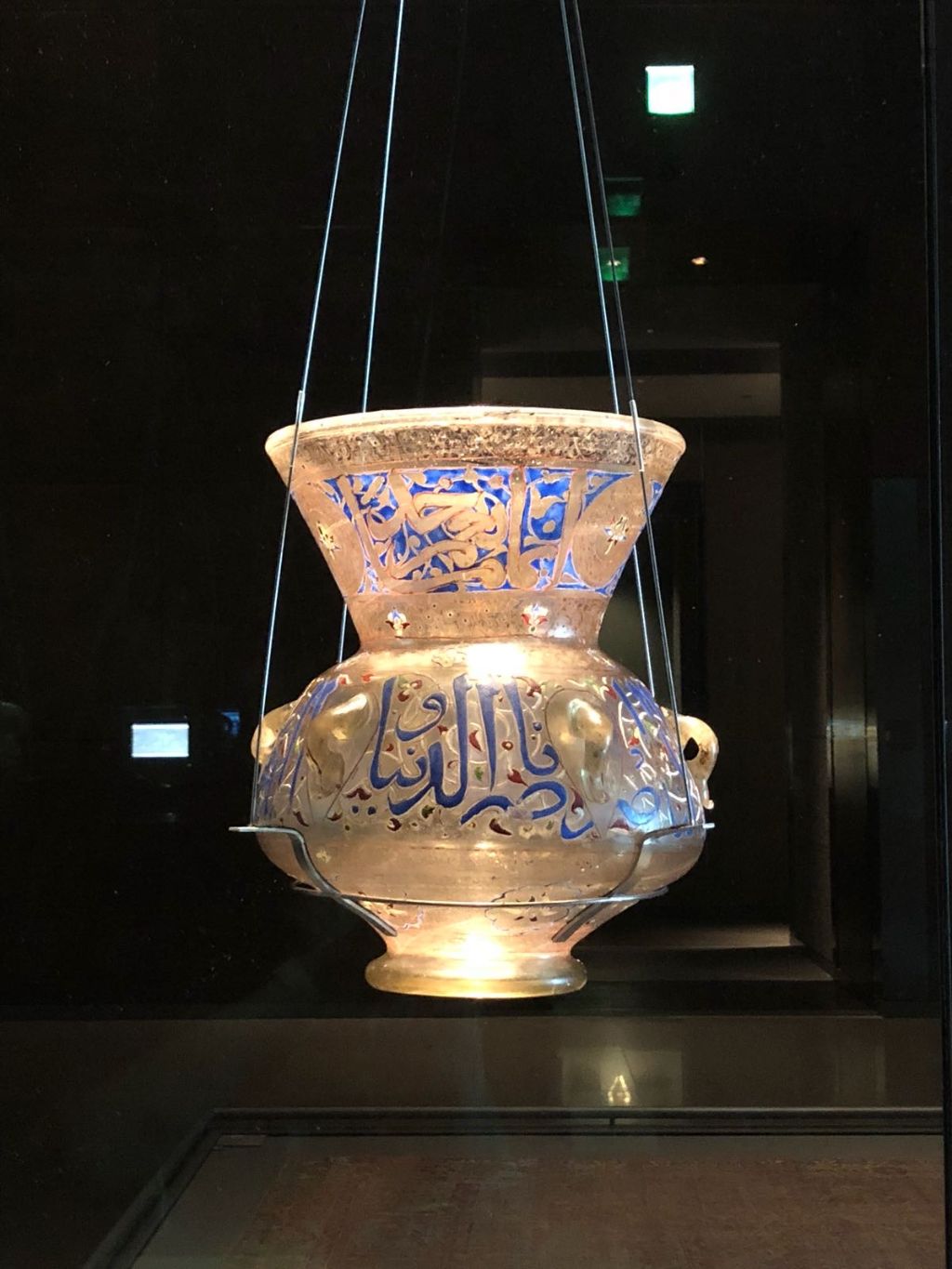 Surprises await when you take your four-wheel drive SUV out to the desert and dunes. 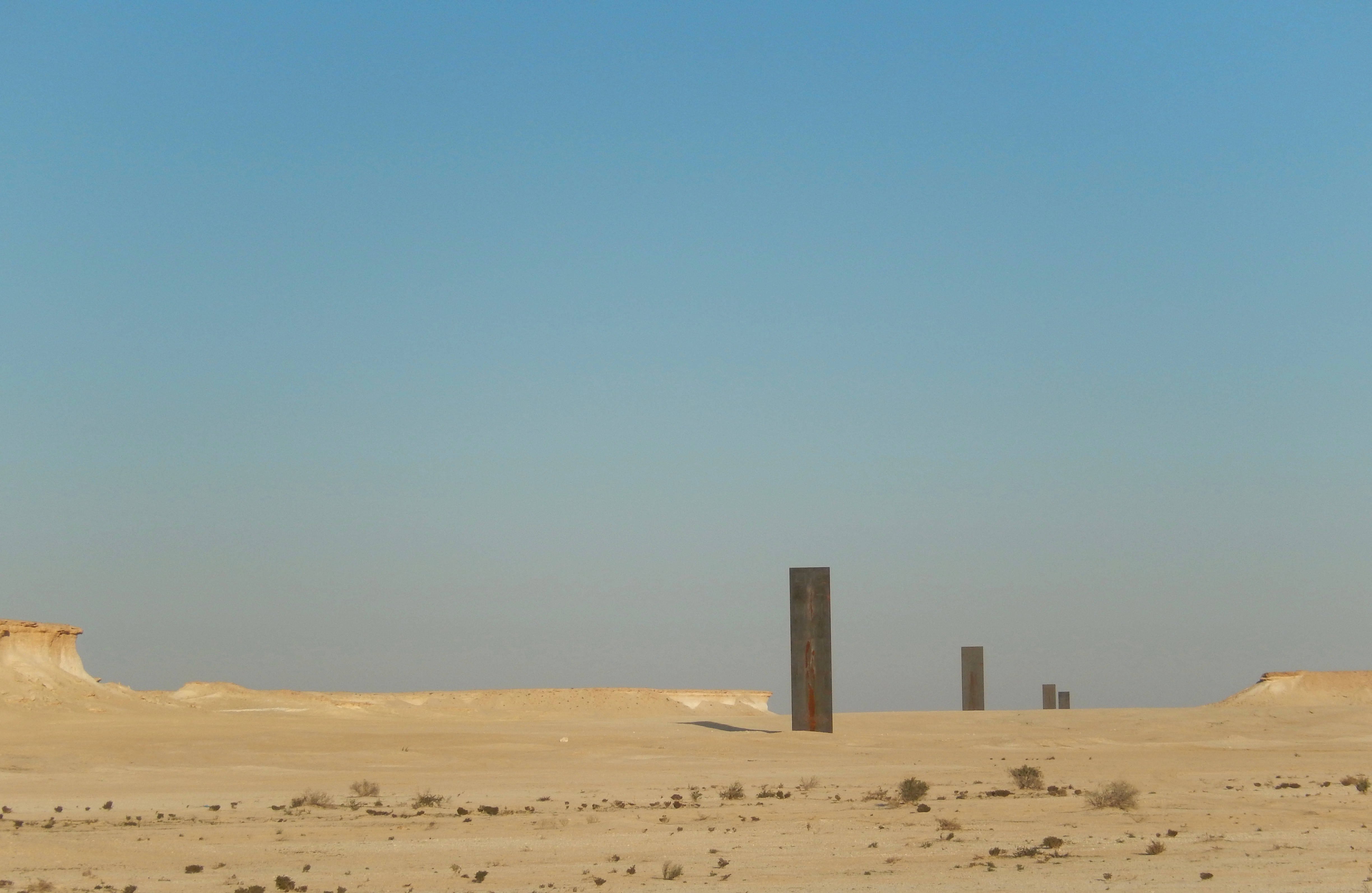 Thirty-five miles from Doha, in barren surroundings off the main road in the Brouq Nature Reserve, four colossal plates rise in a corridor between gypsum plateaus. You are looking at the sculpture by American sculptor Richard Serra titled East-West/West-East, inaugurated in 2014. Feeling very small and overshadowed, we walked the half-mile length of the sculpture, between the four steel plates, each around 50 feet high and just a few inches thick. In the hot salty conditions, the steel is already beginning to acquire the orangey patina of rust. We then scrambled up the face of a plateau to look down on the installation, and from that vantage point we saw that the tops of the pillars appeared to be level with the tops of the plateaus, and I think I began to really understand the concept of “sculpting space.”

East-West/West-East is one of several public art pieces in Qatar commissioned by the Qatar Museum Authority including one in front of the new Sidra Research and Medical Center by Damien Hirst called The Miraculous Journey, and Maman by the late French artist Louise Bourgeois which towers over you in the new convention center.

Clear blue skies, unique architecture and art museums, delicious Middle-Eastern food, awakening just before dawn to the call to prayer recited by the muezzin from the minaret at the neighborhood mosque – and family - draw me back to Doha every winter.