A Summer Visit to Calgary, Alberta 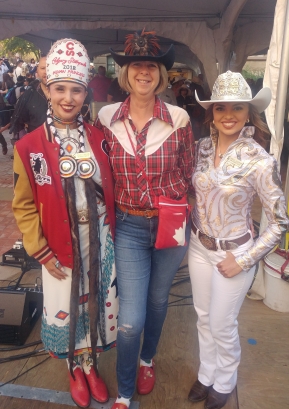 The city of Calgary, in the Province of Alberta is found in the foothills of the Rocky Mountains between British Columbia on the west coast and the golden wheat fields of Saskatchewan to the east. A three-hour drive to the south is the Canadian-US border and the state of Montana. Calgary is the heart of Canadian cattle country and the financial hub of the western Canadian oil and gas industry.

For a couple of weeks in July, Calgary becomes a western cowboy town centered around the annual Calgary Stampede. The focus is fun and entertainment highlighting history, music and cowboy prowess! Roping, steer wrestling, bronco riding, horse and chuck wagon racing are the daily events on the fairgrounds next to the Bow River. There are midway rides an authentic Indian Village and animal contests and judging. Much of the fun is sponsored by the oil and gas industry and the numerous businesses that have grown up around the Alberta tar sands projects.

But Calgary has more to offer than horses. I had the pleasure of visiting two publicly funded excellent museums.

As I entered the Glenbow Museum, an art and local history museum, I am impressed by a towering, 70-foot-high central staircase art piece, constructed of aluminum and acrylic called Aurora Borealis. 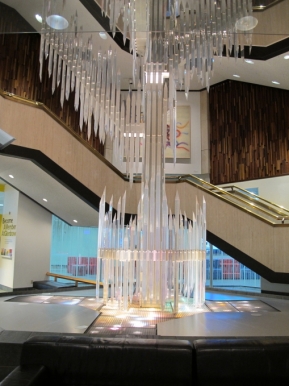 I took the tour of the current exhibition, an Alex Janvier Retrospective organized and toured by the Canadian National Gallery in Ottawa and curated by Greg Hill. Excellent! Janvier tells his and the Dene's, a local Indian Nation, stories in gorgeous coloured primarily abstract works.

Janvier, in 1973 was known as one of the Canadian, "Indian Group of 7" comprised of Jackson Beardy, Daphne Odjig, Eddy Corbines, Norval Morrisseau, Carl Ray and Joseph Sanchez who was better recognized in Canada than his home of Mexico. Plus, Haida artist Bill Reid was considered an honorary member. This group specifically organized to promote Indian modern art vs craft art which was expected from Indian artists of the day.

After a quick lunch we walk down the Stephen Avenue pedestrian mall and around the back side of the City Hall into Calgary's new revitalized South East Village area. 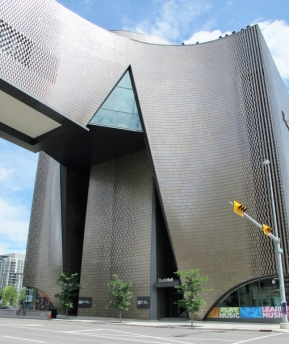 This once dowdy commercial section of town is anchored by the historic King Edward Hotel around which the stunning 5 tower Studio Bell, National Music Centre has been wrapped. (220 thousand interior and exterior weather resistant bronze coated Dutch clay tiles, hand hung with a variety of spacing to both absorb and reflect sound) Studio Bell is both a museum and an instrument conservation lab. They have Elton John's working piano on which he wrote much of his earlier music. We took the tour and learned fascinating music history. E.g. Did you know the music group Chad Allen & the Expressions was renamed for a publicity stunt? The group sent their single demo "These Eyes" to music stations around the US and Canada with only this identifier, "Guess Who?" (they also wrote, American Woman) Every visitor to Calgary who has any interest in music or architecture needs to take the tour.