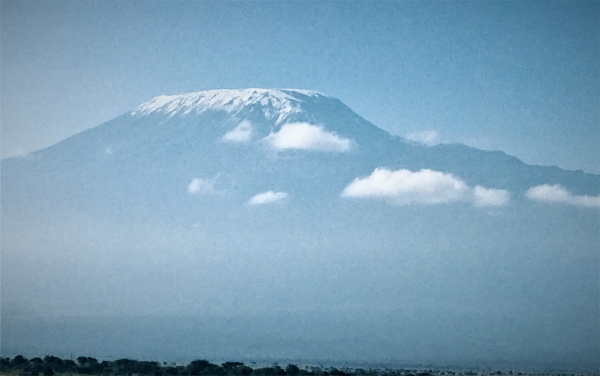 When I think of Kenya and Tanzania, the image of Mount Kilimanjaro immediately arises. This is certainly because the first time I was ever exposed to Africa was through the Ernest Hemingway short story "The Snows of Kilimanjaro” when I was six years old. His writing was simple and an easy read, although I did miss all the subtle nuances for which Hemingway is noted. From the moment I began to read the story, I knew that one day I had to travel to East Africa where Kenya and Tanzania straddle either side of this mountain. Another draw to these lands came while in my first year at the University of Michigan when I took a course in Physical Anthropology and learned about the Leakeys' discoveries in what is now Tanzania. I was in awe of the fact that this was where they found our earliest humanoid ancestors. Although this theory has since been disproven (these humanoids were only offshoots) the discovery was still significant. When I started planning my trip nearly 60 years later, I also learned that these countries share the Serengeti, a vast grassland filled with beautiful wildlife and flora. I was ready and eager to explore!

The trip began in Nairobi, staying at The Norfolk, a colonial era hotel.

My first destination was the Giraffe Sanctuary where I stood on a platform up high and personal to feed these breathtakingly beautiful creatures. Adorable little warthogs, often referred to as Pumbas (after the Disney Lion King’s warthog) ran around far below foraging for any leftovers.

After lunch was a visit to a part of the National Museums of Kenya, the Karen Blixen Museum. This was the home of the Danish Baroness Karen Blixen who wrote the widely-read novel Out of Africa under the pen name Isaak Dinesen.  The museum is comprised of what remains of her failed coffee plantation and her home, complete with all her original furniture and books. The boots Meryl Streep’s wore for the film “Out of Africa” were preserved in Karen’s open bedroom closet. The books on displays revealed Out of Africa had been translated into dozens of languages. (I had no idea of the popularity of her novel). Our excellent guides were young and full of pride for their culture and country. Unlike in the US and Canada where docents volunteer, guiding is a plum job for young educated Kenyans. 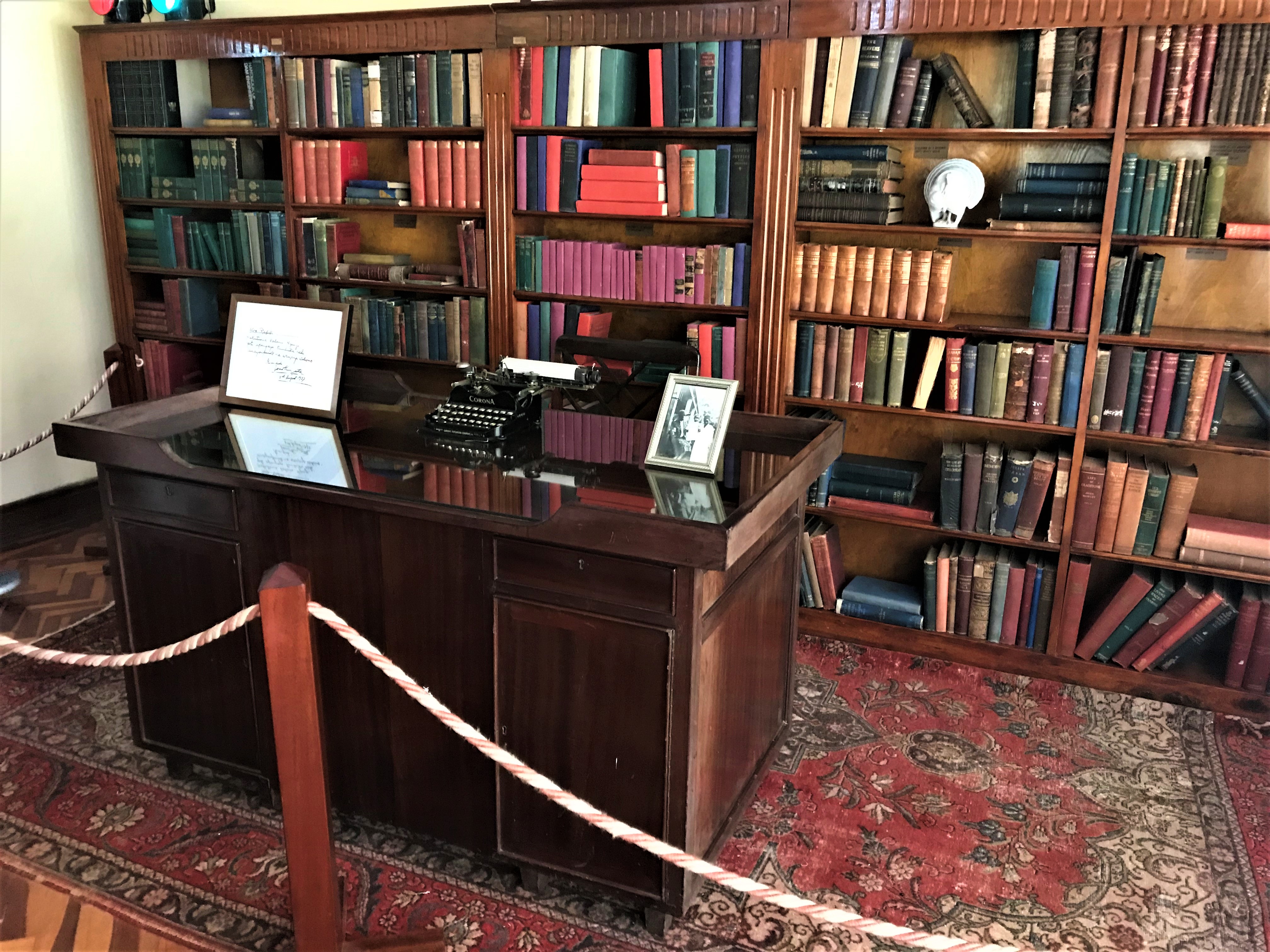 The focus of the trip was, of course, daily visits to game preserves in the Serengeti and the Maasai Mara which included the chance to see the “Big Five” - lion, elephant, Cape Buffalo, leopard and rhinoceros. This experience included visiting a local Maasai village where we delivered much-appreciated school and art supplies

African countries have very different historical perspectives than Europe, the US or Canada and the two other museums that comprise the National Museums of Kenya (Museum of Natural History and the Nyeri Museum) reminded me  that museums can also represent a country’s experience and not just its art. These museums house artifacts of national history and the original native law court, a national monument.

Our final museum on this trip was Tanzania’s Olduvai Gorge Museum at the site of the excavations and discoveries by the anthropologists Mary and Louis Leakey. The museum was established by Mary Leakey in the late 1970’s to house the paleoanthropological artifacts from the surrounding area and is located in Olduvai Gorge at the edge of the Ngorongoro Crater, one of the largest intact calderas in the world.

This is where the famous hominid Lucy was found. She is no longer there but a full-sized replica is on display.

After Mary Leakey’s death, the museum was put under the control of the Tanzanian Government’s Department of Antiquities. The recently renovated and expanded museum includes an open-air amphitheater overlooking the gorge. (Assistance was provided by the J. Paul Getty Museum Department of Conservation).

The evening before I departed for home, while waiting for others, I met a couple from Connecticut. The woman proudly shared with me that she had been a docent for the Metropolitan Museum of Art in NYC for 20 years. This was a great coincidence and we immediately bonded. I told her all about how wonderful it is to attend the National Docent Symposium with opportunities to network with a likeminded community of docents and guides from across America.

If you have the chance to visit East Africa; do not hesitate! You will find the experience visually and emotionally fulfilling. For me it was an honor and a privileged to have experienced the incredible wonders and beauty of East Africa.