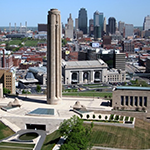 At the very heart of Kansas City, you’ll find two historic monuments at one stop. 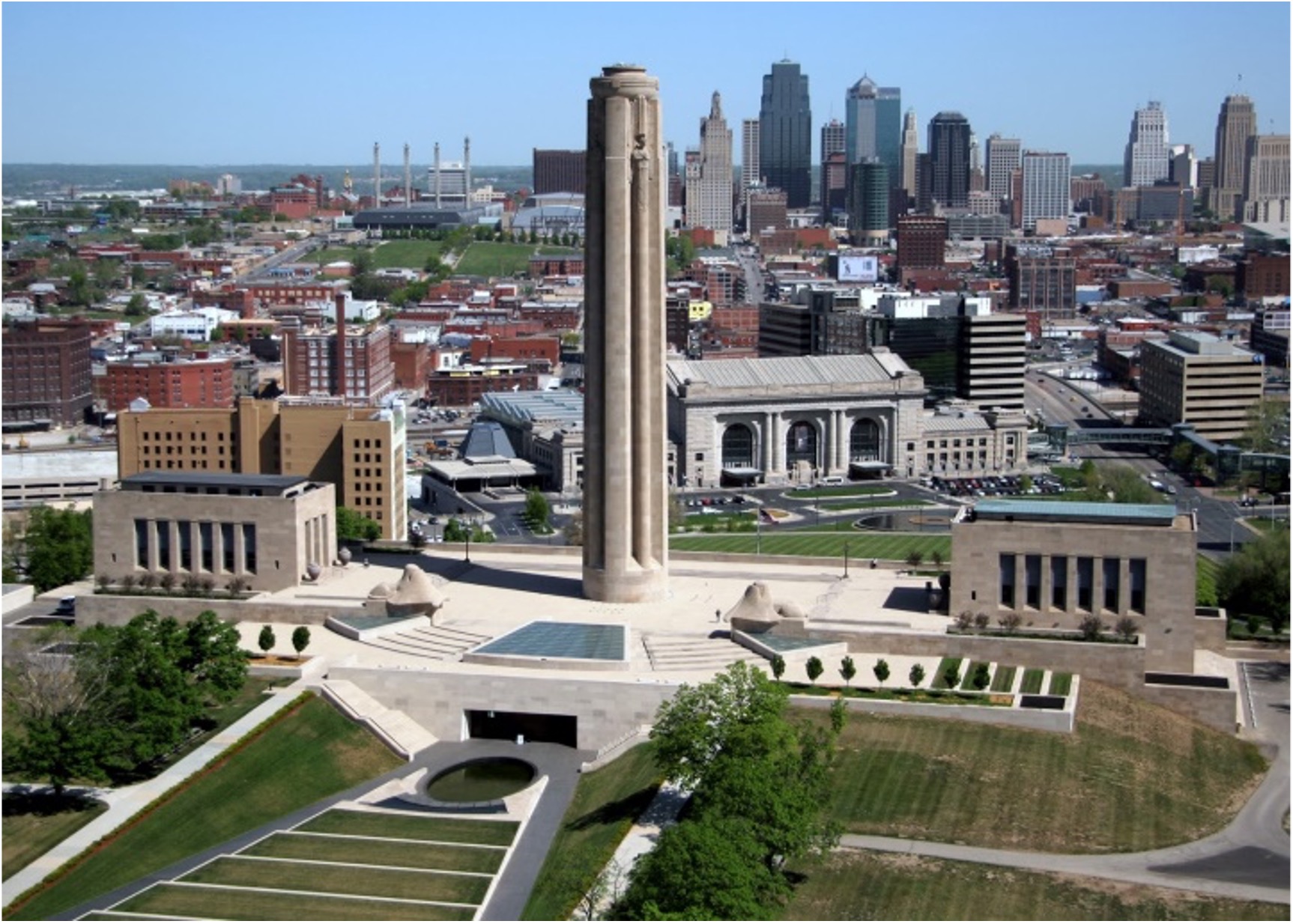 A breathtaking 360 degree vista awaits you at the top of Liberty Memorial Tower on the south side of downtown Kansas City, Missouri. Egyptian Revival embellishments illustrate the spirit of the early 1920s, when this monument was created as the only national American memorial to WWI.

Beneath the tower, The National WWI Museum presents a memorable and moving history of the Great War, with exhibits, films, and other engaging experiences.

At the Nelson-Atkins Museum, a work by American painter Marsden Hartley invites consideration of military glorification in Germany in advance of the Great War. 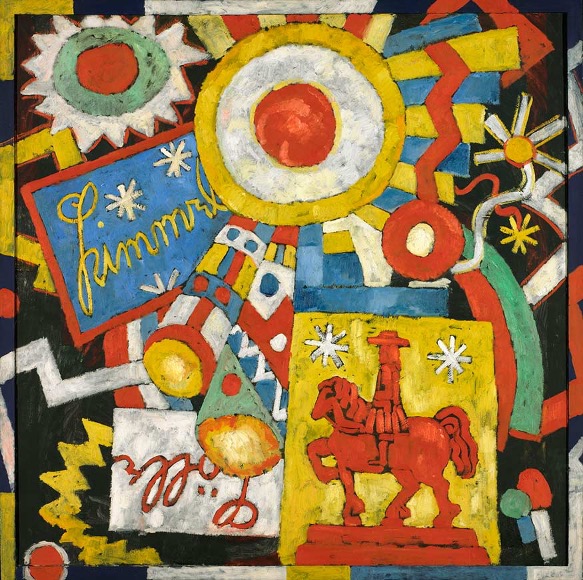 To the north of the Liberty Memorial, step into the era of elegant train travel.  Magnificently restored to its original 1914 Beaux-Arts glory, Union Station features a soaring ceiling and countless historic details preserved in its walls, floors, and fixtures.

At Union Station, passengers can board the Missouri River Runner east to St. Louis, or the Southwest Chief, north to Chicago or West through Arizona to Los Angeles.  But you don’t have to be leaving or arriving by train to have a good time at Union Station. 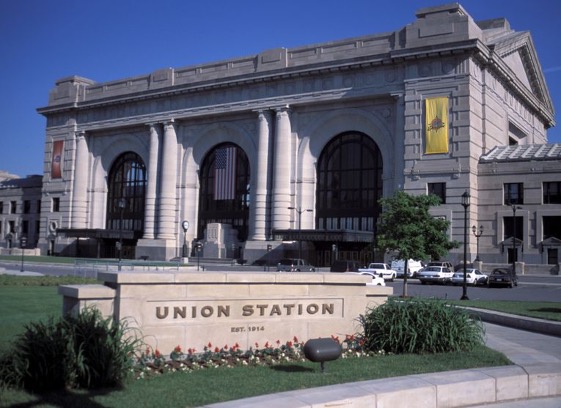 Major traveling exhibits including Dinosaurs, Princess Diana and the Titanic have been featured at Union Station.  The current exhibit, “Auschwitz. Not long ago. Not far away.” is open through January, 2022.  Science City also attracts families and school groups for active adventures in learning.

You can enjoy fine dining at Pierpont’s or a casual meal in the Grand Hall.

See the website to learn more about the Union Station’s history, current exhibitions, restaurants, and other special features. https://unionstation.org

When the railroad began opening the West, artists like George Wesley Bellows brought back images to tempt tourists from the East. 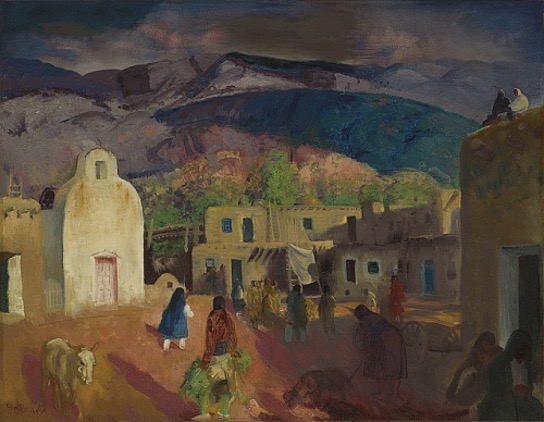 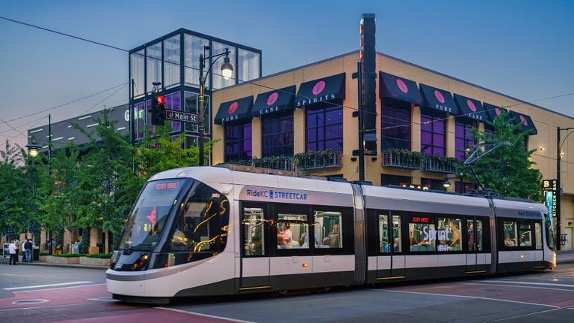 At Union Station, you can hop on the Streetcar.  Take a seat, and enjoy the free ride through downtown Kansas City.  Along the way, you can stop at the lively restaurant scene at the Power and Light District.  At the north end of the line, you’ll find the River Market, featuring ethnic restaurants, antique stores, and the uniquely historic Arabia Steamboat Museum.

From the streetcar, you’ll be able to view significant buildings from the Art Deco 1930s, a heyday of Kansas City history. 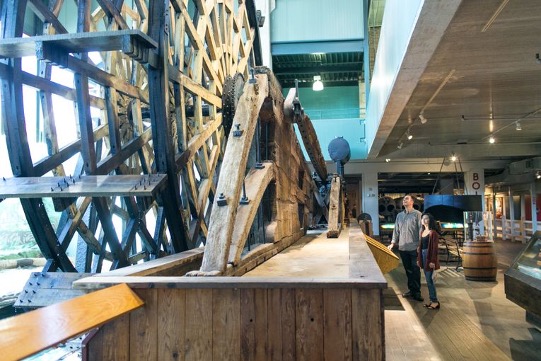 Excavated from the former riverbed where it sank in 1856 with 200 tons of cargo, the Arabia provided a trove of living history in its contents.  Painstakingly restored by innovative conservation techniques, thousands of everyday objects bound westward for the homes and farms of the pioneers are on display.

Thomas Hart Benton gives us a glimpse of Riverboat life at a later era in American history. 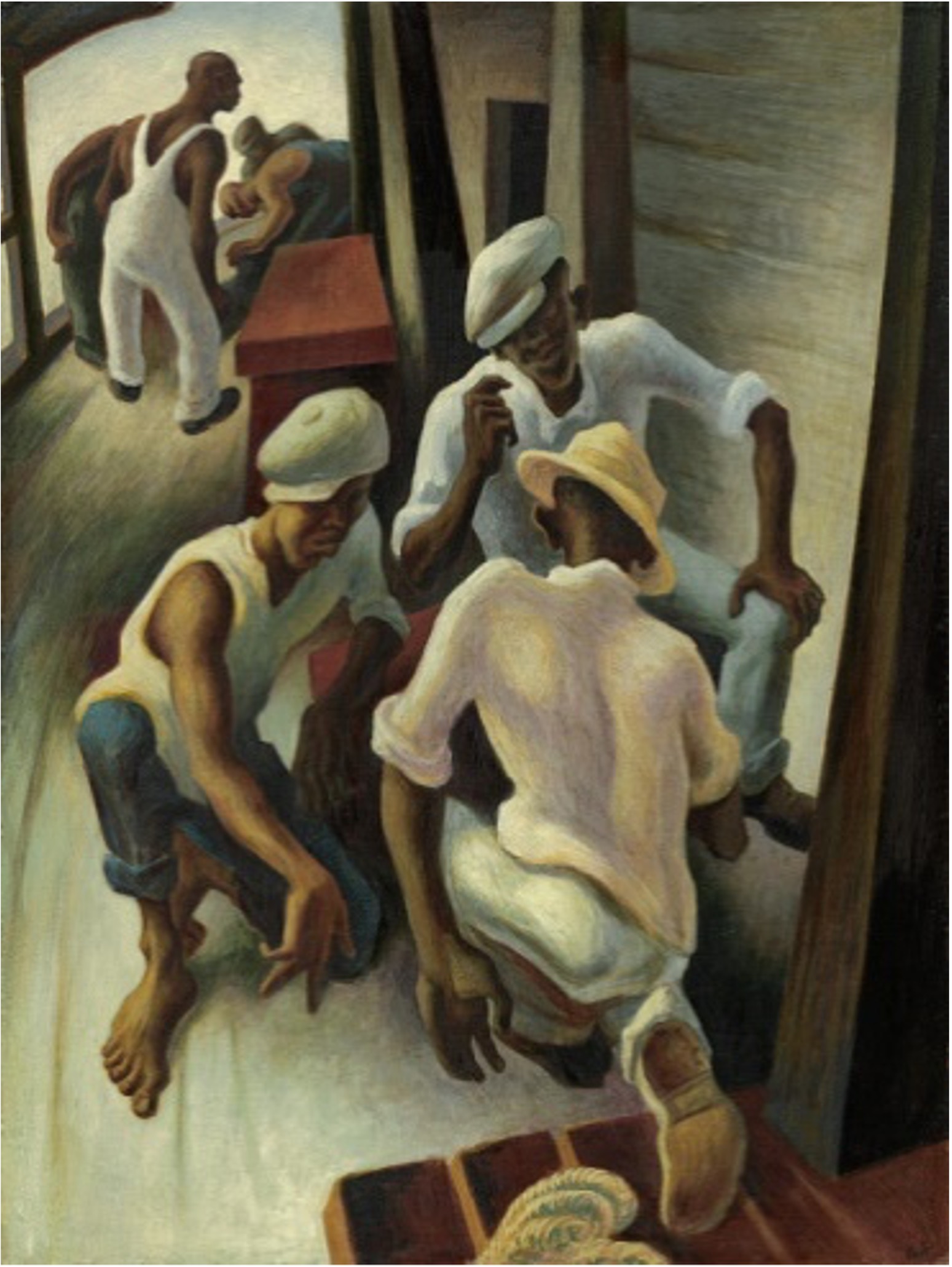 More in this category: « The National Museum of Toys/Miniatures Harry S Truman Presidential Library and Museum »
back to top