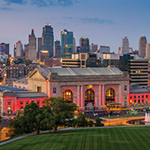 The grandeur of The Gilded Age reaches an awesome height, literally, at Union Station on the south side of downtown Kansas City. Completed in 1914 in beaux-art style designed by noted Chicago architect Jarvis Hunt, this impressive edifice is listed on the National Historic Register.

In its heyday, it served as a departure station and a final destination for generations of tourists and tradespeople, families and farmers, soldiers and fortune seekers.

With the steep decline in railroad travel in the mid-20th century, Union Station fell into disuse, disrepair, and finally, in 1977, desolation.

Almost two decades later, civic pride, countless donors, and a historic bistate tax combined to begin the restoration of its soaring, elaborate ceilings, marble floors, bronze fixtures and countless other elegant features, with the addition of other attractions and amenities. In 1999, Union Station once again became a popular destination. Yes, trains still pick up and drop off passengers. Now the building also houses theaters, restaurants, Science City, The KC Rail Experience history museum, exhibition spaces, a planetarium, a post office, home offices for key civic organizations, and a vast hall for festivals and other fun. But as you walk through the storied spaces of Union Station, you can still sense the echoes of history and imagine yourself a time traveler. 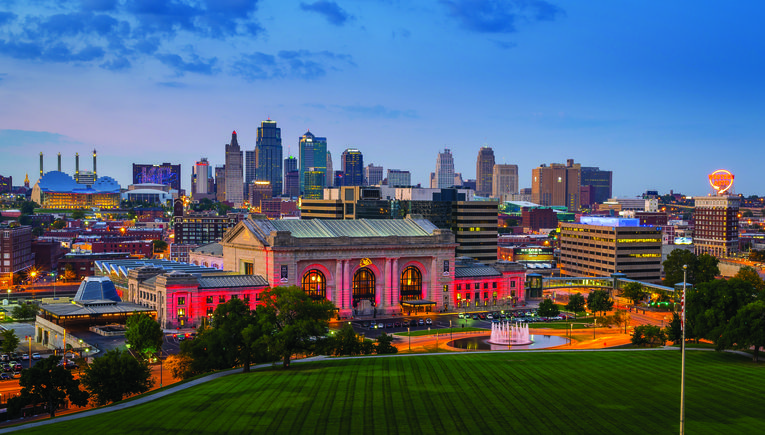 More in this category: « Historic 18th & Vine District The National World War I Museum and Memorial »
back to top